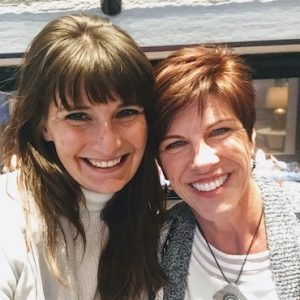 This mason jar meal prep version of a tuna nicoise salad will have you feeling fancy and stress free all week long!

Put the quartered potatoes in a medium pot, cover with cold water and season with salt. Bring potatoes to a simmer over medium high heat and cook until they are tender when pierced with a fork, about 5-7 minutes. Drain and transfer to a bowl to cool.

While potatoes are cooking, bring a separate medium pot of a salted water to a boil with enough water to cover the 2 cups of green beans. While it’s boiling, fill another large bowl with ice water. Once the water is boiling, add green beans and cook until crisp and a bright green, approximately 2-4 minutes. Drain green beans and immediately plunge into ice bath until cool. Move green beans to a plate and dry well.

In the same pot used for the green beans, fill with enough water to cover four eggs and bring to a boil. Once the water reaches a boil, carefully add your four eggs to the water and cook over medium high heat for 8-10 minutes. Drain immediately and run eggs under cold water to cool, peeling eggs under cold running water. Roughly chop each egg, keeping them separated.

While you are waiting for ingredients to cook, make the dressing by whisking together vinegar, shallot, thyme, olive oil, and salt and pepper in a bowl. Whisk slowly until emulsified.

Next, quarter tomatoes, slice radishes, and chop the olives.

Wash greens and use a salad spinner to remove as much moisture as possible.

Arrange 4 quart-sized mason jars in a row in your workspace and be sure the insides are dry. Minimizing moisture is the key to successfully prepping mason jar salads!

Once you have all your ingredients prepared and cooled, it’s time to assemble your mason jar salads.

In the bottom of each of your four jars add the following, from bottom to top:

Once mason jar salads are assembled, make sure lids are airtight and place in fridge for easy lunches all week.

When you are ready to eat, simply dump ingredients onto a large bowl or plate, mix with a fork, and enjoy.

Want to maximize your meal prep time? Hardboil some extra eggs for quick snacks throughout the week.